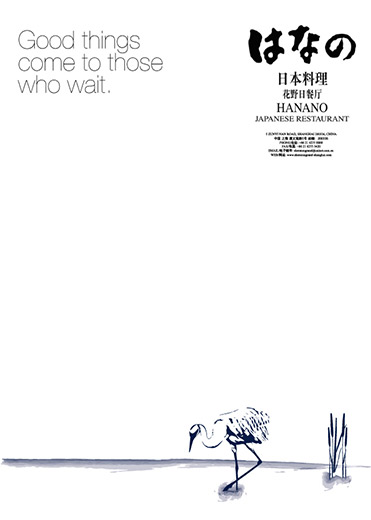 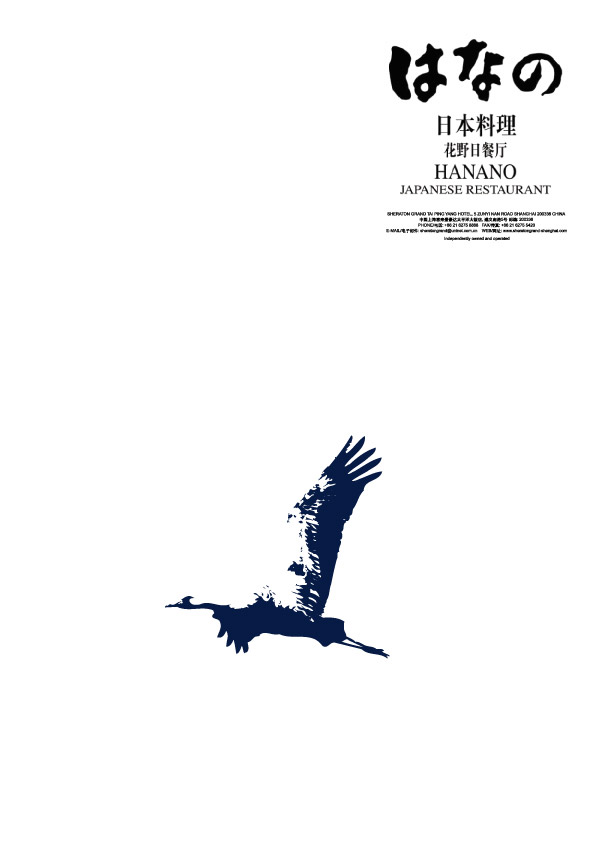 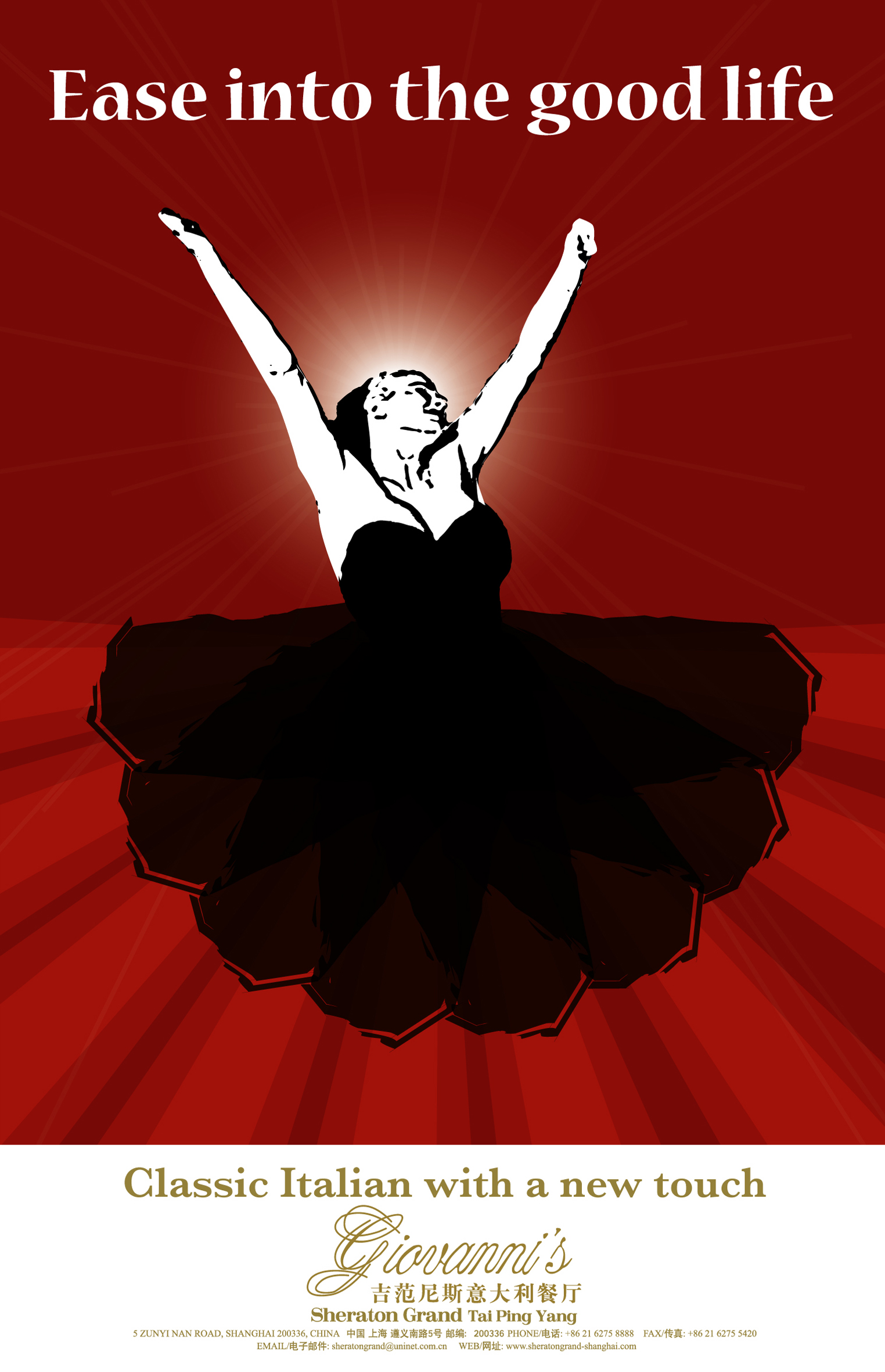 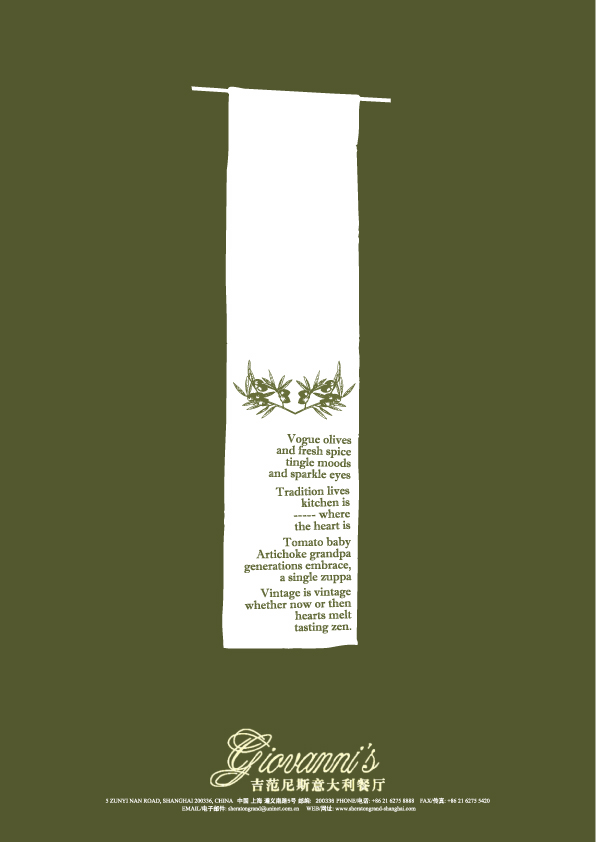 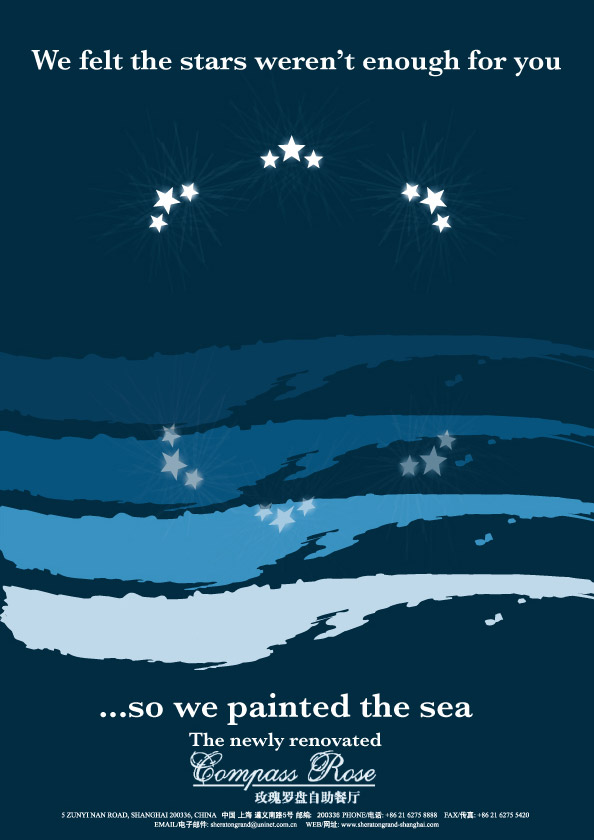 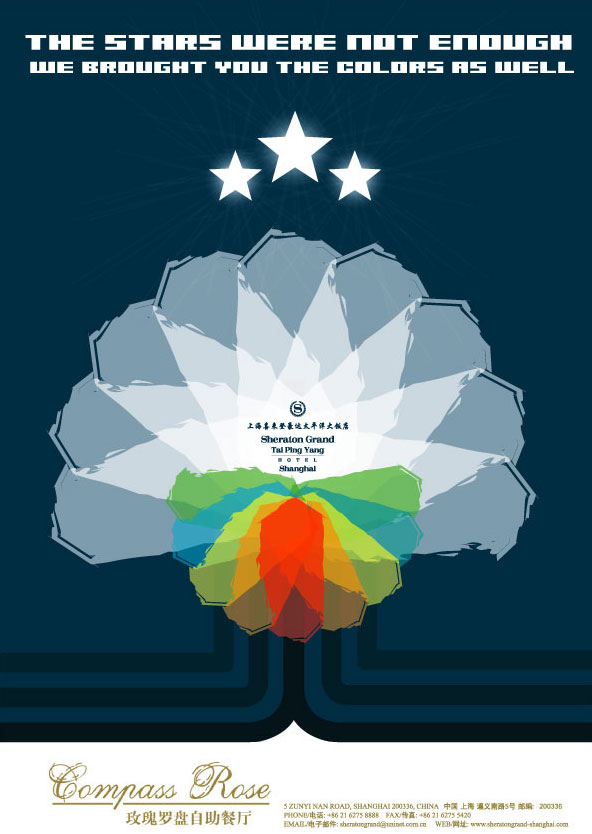 I designed 2 ads each for three of Sheraton Grand Shanghai’s restaurants. They were used as ads in newspapers and magazines, as well as in the Shanghai subway.

The first images are the ads for Shanghai Grand’s Japanese restaurant, Hanano. The first ad was used while they renovated the restaurant and the second when they had opened it again. They both use the crane, which is considered to be a symbol of longevity and good luck in Japan. The concept and design was developed by me.

The next two ads are for the Italian restaurant Giovanni’s. The first one is based on a scene from a famous Italian movie, La Dolce Vita. The second is supposed to give a rustic Italian feel and has a poem on the graphic, written by a copywriter I worked with. The first concept is by me, the second by the copywriter.

The last two ads for the international restaurant Compass Rose. They were used after a renovation of the restaurant and are both based on a concept from the copywriter I worked with on the project. In the second one, I used the same shapes that were used the La Dolce Vita ad for Giovanni’s, tying both those ads together.